← more from
Mansions and Millions
Get fresh music recommendations delivered to your inbox every Friday. 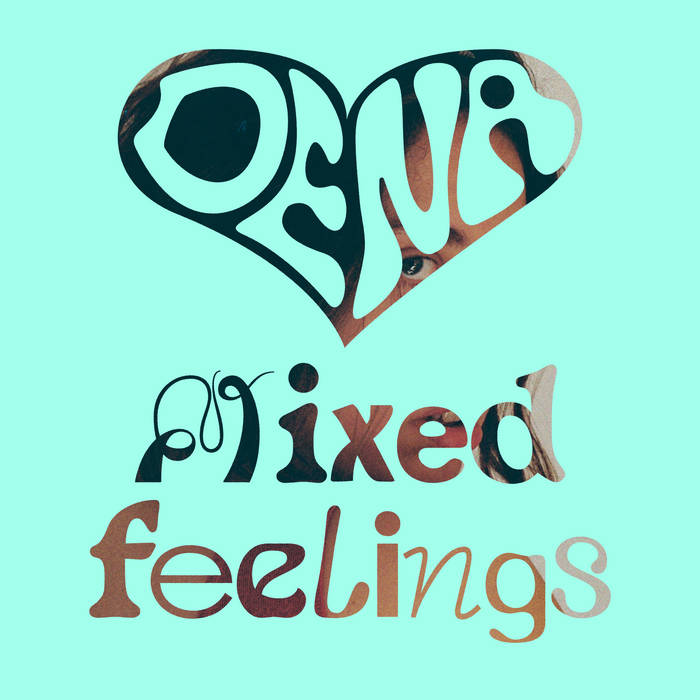 A market square in Italy. It’s summer, it’s noon, the sun has risen high and the temperatures are rising even higher. You are sitting by the village fountain and your sunglasses are sliding down your nose while you are biting into a juicy peach: that's kind of how it feels like to listen to DENA's new EP MIXED FEELINGS. For a good reason: the artist wrote the first songs for this release during a artist residency in Umbria in the summer of 2019. "There I was, alone for a whole month in a house with a garden, in a medieval village with 500 inhabitants, on top of a mountain with a beautiful view of the Italian landscape", DENA tells, "as dreamlike as it was, looking back I think that this time prepared me a bit for the coming global experience of isolation and distance. I didn't know anyone there at first and had to learn Italian in the piazza with Duolingo and an ice cream vendor to form social contacts, and find out who had a swimming pool."

It is precisely this feeling of not having a care in the world, coupled with the subliminal feeling of isolation and melancholy that characterizes MIXED FEELINGS. And finally, hardly anyone masters writing unique summer tracks with depth, which pass by light as a cloud and yet remain musically as well as lyrically sophisticated better than DENA. There are, for example, the intricate beats and harmonies of IDEALIZE, or the sluggishly dance-y NEW 4 U, which both opens the EP as an electronic after-hours piece and closes it as a soulful acoustic farewell. This acoustic version is also the only track DENA recorded together with one of her old friends at Butterama Studios. The rest of the mini-album, as she sees MIXED FEELINGS, is entirely self-produced. "After two albums and an EP with many collaborations in the last few years, it was always my desire to turn my demos into songs, and leave them like that, in their pure form, without much of additional musical production." Going down this path, DENA continues a development that already started on the last album, IF IT'S WRITTEN. "My equipment was nothing more than Garageband and Ableton and my keyboard, and my studio was my home. I love dance music, house, acid, Miami bass and just the combination of beats and piano chords. I have great respect for club culture and was thinking of my favorite club sounds while producing some of the tunes."

Also in its lyrics, MIXED FEELINGS proves to be a logical continuation of IF IT'S WRITTEN, which was characterised by a breakup: "At that time I was in a phase where I noticed that certain patterns in my life repeat themselves and that I have to go inside myself if I want to change something. MIXED FEELINGS was for me a kind of a self-help and self-care project, an intermediate step to a new understanding and hopefully letting go of old heartache and patterns", says DENA, "The first sentence I wrote was 'So sad - everything is changing, so excited - everything is changing'. This is also the motto and the goal of the project for me, and I see it as a mean of transportation bringing me to new understandings and new music."

written and produced by Denitza Todorova

Bandcamp Daily  your guide to the world of Bandcamp